History of the hob: from fire to induction

The fire, the stove or cooker, is the soul of any home, undoubtedly. Around a fire, the human being has slept, eaten —of course— and lived. The evolution of the stove goes from those fueled by coal to those with intelligent sensors that can cook a plate independently and let us know when it is ready, a technological revolution that makes our lives easier. But the history of the cooker or hobs, the history of the gas, (vitro) ceramic, and induction were born just a couple of centuries ago, leaving behind many good moments and a few burned dishes too. Join us on this brief journey about the history of the hob:

The first cookers and stoves

The use of fire in a primitive kitchen is dated 4,000 years ago in the Indo Valley. Rests of holes in the sole for fire and tools to place food above were found there. The race to find ways to dominate fire runs parallel with the making of tools and construction elements. All these improvements happened in other geographical areas, and the oven began to evolve too for different purposes. But it will take a long time for the Western civilization to stop cooking over a direct flame.

In Alsace, that territory everybody used to love to annex, a structure similar to a cooker is dated in 1490. It was made out of brick and tile. This structure had some room on the top to release the heat, and it also had a chimney to help the smoke go out. Scandinavians and Russians, particularly interested in developing any heating system for obvious reasons, improved these models. 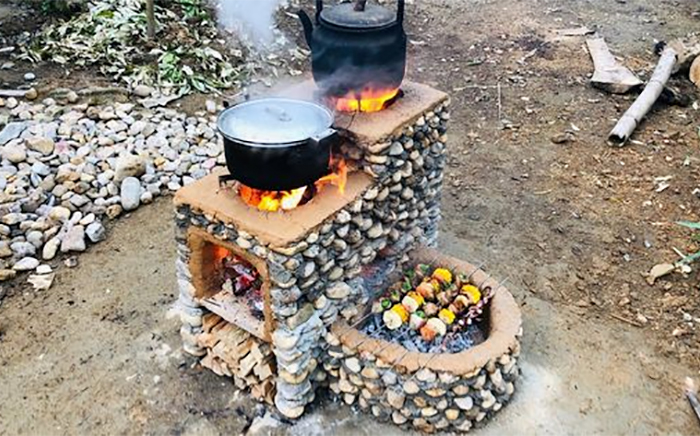 Let’s going to travel a bit further in time, landing in the future U.S.A. Benjamin Franklin, the man of the kite, invented in 1742 a sort of cooker based on a fireplace that begins to look like the future kitchen stoves, the “Pennsylvania fireplace”. Another North American, David Rittenhouse, somebody who was able to build a planetarium and study the atmosphere in Venus at the same time, improved this new Franklin stove. His upgrade preserved the heat better. He decided to name it “Rittenhouse stove” since stealing ideas was something common by then. Edison experienced something similar a few years later, and it is said even that the so-called great inventor also developed extortion with great success.

Cooktops and hobs in the modern times

Europa was already developing new tools for the kitchen with brick models, progressively more safe and efficient with smoke and keeping heat. Benjamin Thompson is well-known too as the inventor of the modern stove at the end of the XVIII century, or at least, his promoter, thanks to some models made with this new system. The stoves or cooktops were usually found in most homes and, when population emigrated to the cities, they became even more popular. The next step was the cast iron stove, very common for a long time in many homes, especially in the countryside.

The gas hobs were born at the beginning of the XIX century. But it was not until the end of the same century that these tips of hobs reached ordinary homes. And they became a success. The gas meant, among other improvements, that the source of energy could be used just and only when it was needed, with higher control of consumption. When the XX century arrived, these hobs were popular on both sides of the Atlantic Ocean. It was cleaner than charcoal or wood and, apparently, more convenient, because the gas did not need much room. It was very dangerous, though, that’s a fact. 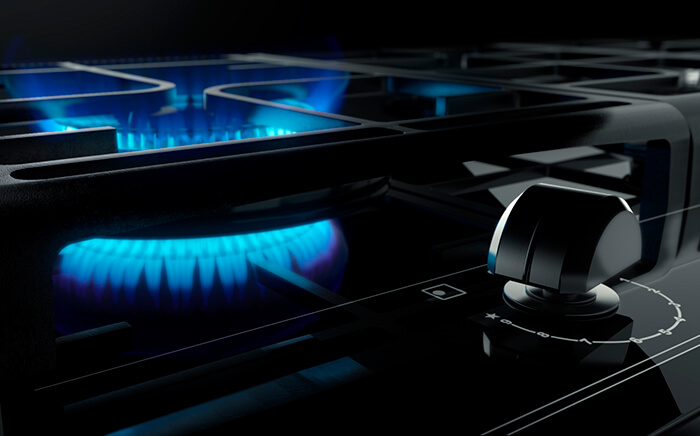 However, gas is still common with several improvements, and it is the most usual sort of hob in professional kitchens. That total control over the flame that our ancestors were looking for became a reality. It is just that it takes us, let’s say, a few centuries. But we are going to come back a few years again because the hobs would change even more, at least, the sources of energy.

In the XIX century the hob story is about to give a huge step forward. The gas hob has a rival: electricity. Even though the electric hob was introduced at the World’s Columbian Exposition —Chicago World’s Fair— in 1893, they did not become accessible until the ’50s, because not everybody can afford electricity at home. And watching the electricity prices we may come back to that, who knows. Anyway, the welfare state in some countries since 1950 meant the definitive launching for these sorts of hobs.

The electric hobs used a heating resistance to heat iron plates. Many developed homes had these hobs, but the next step was imminent: the invention of the (vitro) ceramic hob. Also, the higher purchase power for most of the people made that money was available to spend on home improvements. And after two world wars and war casualties, people were eager to spend. It was a period good for research and development in the everyday life needs.

A brand-new field of possibilities for the stoves and hobs arrived with the electric hob. And the vitroceramic, glass-ceramic hob, arouse. With an improving surface, easy to clean, it became immediately one of the favourite choices for the kitchen.

The North American Donald Stookey discovered in 1953 this new material, the glass-ceramic. It happened when he accidentally set a higher temperature in an oven during an experiment. This also was the first step for many thermal resistance kitchen tools, and it was the base of the glass-ceramic hobs we know these days: a heating coil or halogen lamps heating anything we put over them.

The improvements related to the heating source came, so it happens with the furniture where the hob was. The models changed size, weight, they improved the space for other kitchen tools and plates. They began to be more convenient and easier to use. And the most important thing: they were becoming safer. The iron on the surface of the cooker was eventually substituted by other metals or enamel finish. Because a new concept was also introduced, the hob or cooktop as a new design, stylish element in the kitchen. 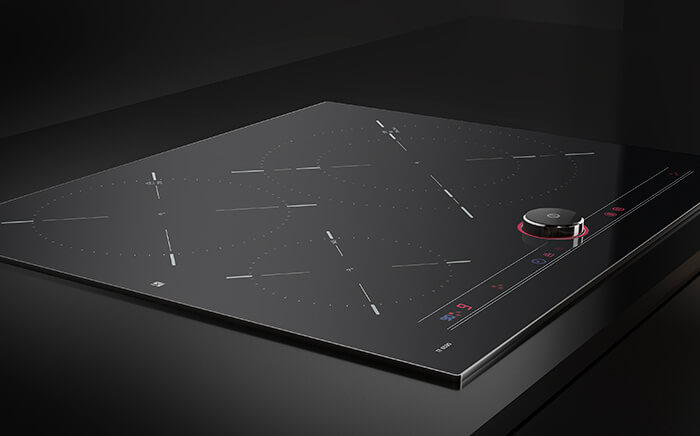 Electromagnetic induction, the invention of electricity generated by magnetism, emerged thanks to the British Michael Faraday in the second half of the XIX century. The induction hob is a vitroceramic hob, but it heats the pans with electromagnetism, not with resistance like the vitroceramic does. It did not become popular in the kitchens until the ‘70s in the XX century with the firm Westinghouse. Nobody paid attention before, frankly. The real step forward will be at the end of the century with the induction as we know it today: full of possibilities.

Things like pan detection, heating flexibility, energy efficiency, smart sensors, cooking speed… turn these hobs into a real cooking assistant hard to imagine 25 years ago. The easy-cleaning both with vitroceramic and induction hobs make them very popular and part of most homes.

A whole room came to live around hobs and stoves, with all the elements that conform the centre of a house. That place where you cook your way to life surrounded by people you love.

Why using teppanyaki at home is a good idea

What home appliances use more electricity?

Retro style jumps into the kitchen

Fashion on the table: food trends through the decades

Modular kitchens and home appliances for a unique design